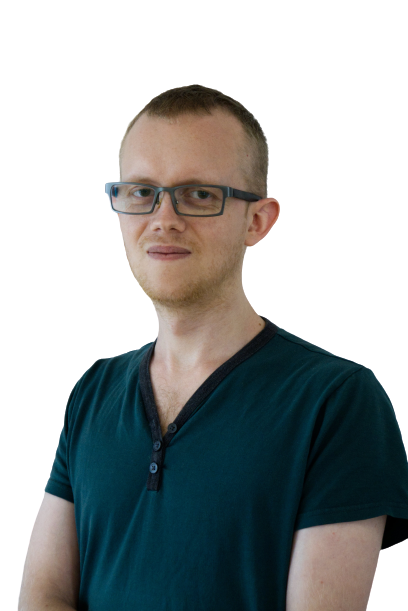 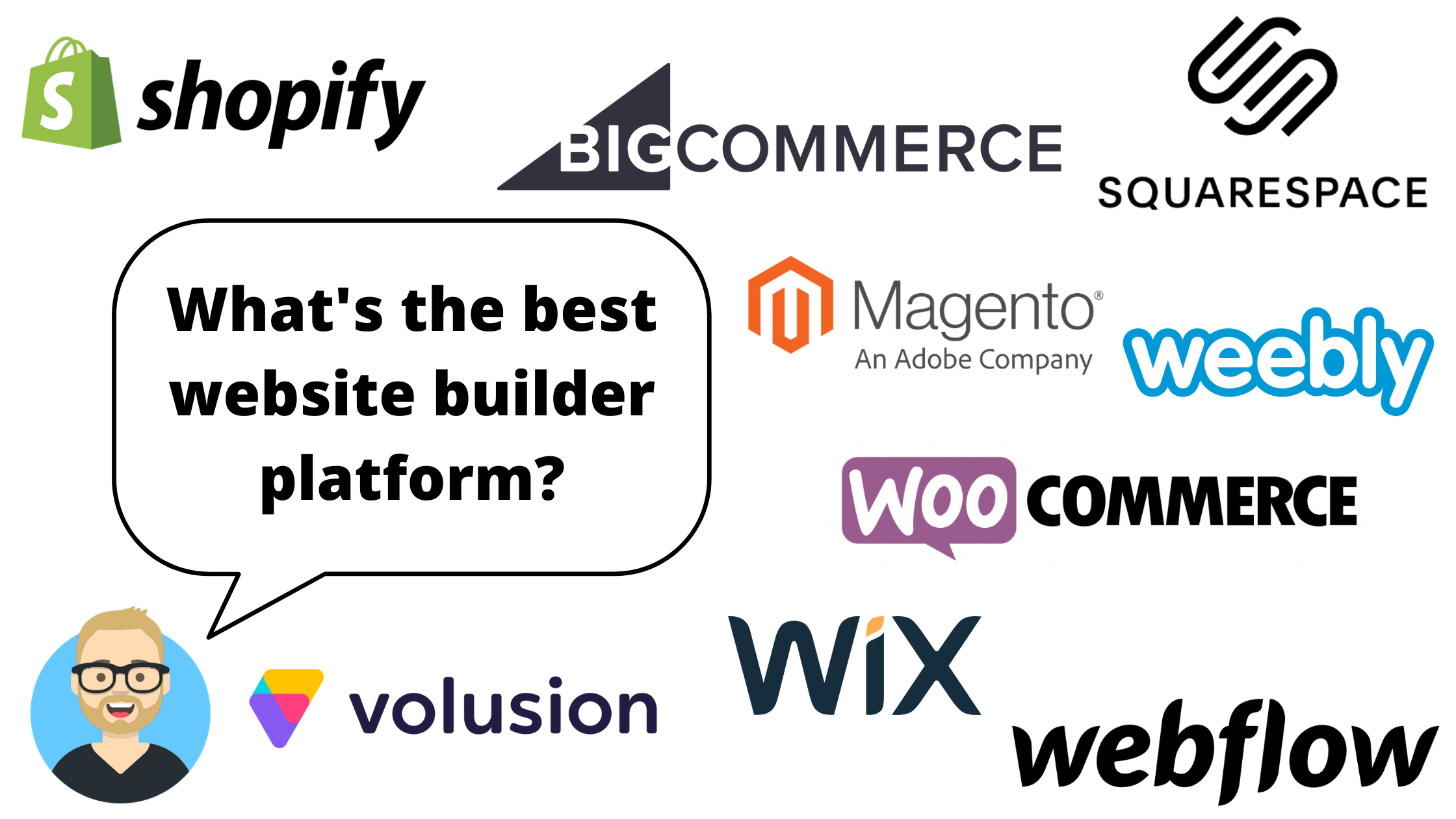 For first-timers, there’s a dizzying number of website builders out there, let alone ecommerce platforms, vying for your attention.

We’ve taken the time to remove as much confusion as possible from the equation so that you can choose the right platform for you with confidence.

Generally, they make better online store platforms than the general website builders do but they begin to show their weaknesses when we start exploring their non-ecommerce features, such as blogging.

Most of these pure ecommerce platforms are all-in-one packages that include hosting, apart from WooCommerce which is a WordPress plugin rather than a standalone platform.

If you’re a total novice and are looking to launch your first ever website then you may find that the general website builders listed in the other section are more forgiving of beginners.

With its impressive array of out-of-the-box features, as well as optional plugins, it’s no surprise that Shopify is the go-to platform for launching a new online business for many.

Some won’t even bother exploring other options because Shopify is the biggest ecommerce platform and all their friends and competitors are using it.

If that is the case for you then there’s absolutely nothing wrong with diving straight into Shopify without checking out the competition; you can’t really go wrong with Shopify if you’re a beginner.

Being the only comprehensive ecommerce solution that covers everything from inventory management to hosting, it’s no surprise that Shopify dominates the do-it-yourself ecommerce sector.

More seasoned webmasters and ecommerce entrepreneurs would benefit to learn the features of alternative platforms, however.

Without further ado let’s examine the pros and cons of Shopify as an ecommerce platform:

Volusion makes its purpose clear with its homepage mantra, ‘ecommerce for everyone’, making it clear that the platform is intended to be accessible to a wide range of skill sets.

Another pure ecommerce platform like Shopify, Volusion offers a different balance of pros and cons to its more well-known counterpart.

Because Volusion is so similar to Shopify, we can make a direct comparison and therefore a recommendation.

Shopify is better than Volusion in almost every aspect and there isn’t much reason to pick Volusion over Shopify.

Whilst Volusion does have the edge over Shopify in a small number of aspects, explained in the pros and cons section, it’s the inferior choice overall.

The final nail in the coffin for Volusion is that it doesn’t come with an SSL certificate out of the box and charges an extortionate fee for one ($89-99).

Considering that Shopify automatically installs a free SSL certificate with every subscription and that most hosting providers bundle them in for free, this is an outrageous tax that would surprise us if any experienced webmaster would pay it.

A younger contender in the pure ecommerce field, BigCommerce is an independent platform and isn’t to be confused with WooCommerce, the WordPress plugin.

The closest competitor to BigCommerce is Shopify as both are pure ecommerce platforms aimed at all catering to all sizes of online stores, from tiny bedroom projects to global enterprises.

The main argument for using BigCommerce over Shopify is based on value for money; BigCommerce comes with more features out of the box than Shopify, which would require you to purchase apps in order to implement them.

However if you’re launching a brand new store with no customer base or indication of how quickly it will grow then BigCommerce probably isn’t the solution you’re looking for.

It’s a heavyweight ecommerce platform compared to Shopify due to its impressive array of features, many of which you mostly likely won’t need if you’re only running fledgling store.

Magento is a pure ecommerce platform but differs from the others mentioned here because it’s open-source and relies on community support rather than a centralised committee.

Without coding knowledge, Magento is challenging for those seeking a fast and easy way to launch their own online store.

However, Magento is one of the most powerful and cost-effective options for those with coding knowledge and the resources to dedicate to its implementation.

If you’re not an experienced programmer and don’t have the resources to hire one then Magento isn’t the right choice for you.

If you’re a one-man-band and it’s your first venture into setting up an online store, again, Magento is unlikely to be the right choice for you.

On the other hand, if you have an established customer base, a proven business model, and  you’re ready to up your ecommerce game to global enterprise level, then Magento could be what you’re looking for.

A free open-source plugin for WordPress, WooCommerce is the black sheep of the herd because it’s not a SaaS like the others.

If you already have an established WordPress site with significant traffic then WooCommerce is probably the right choice for you.

If not then you might want to pay more attention to the other options as they are better suited for entrepreneurs who are starting from scratch.

Rather than just being designed exclusively for online retailers like their pure ecommerce brethren, general website builders offer drag and drop interfaces in place of code and make web design accessible for everyone.

However, ecommerce is often an afterthought on these general platforms, with some requiring business-tier subscriptions or the installation of third-party apps to enable ecommerce features.

Scaling your small store into a global enterprise will be far less practical on a general website builder than a pure ecommerce platform too.

If you’re a non-technical person who’s only selling a handful of products and your site is going to be content-heavy then one of these could be the right choice for you.

If you don’t fit into this category then you may want to ignore this section and focus on the pure ecommerce platforms listed above.

Whilst some of the other products discussed in this guide are specifically geared towards ecommerce, Squarespace is more of a general website builder platform that offers ecommerce features.

If your site is going to be heavy on content and light on products then Squarespace fulfils that niche better than ‘pure’ ecommerce platforms like Shopify, due to its versatility.

Squarespace also boasts the best lineup of free themes compared to its competitors; they’re impressively stylish, modern and most importantly, mobile responsive out of the box. They look better than many of the premium themes sold by other platforms.

However if you’re launching a pure ecommerce site with little content then you’ll almost certainly want to look at the other options.

Squarespace is great for novices but frustrating and too limited for advanced users.

Again, like the former, Wix is a drag and drop website builder geared towards less experienced webmasters who want to launch a stunning site without getting entangled in complexities like coding and hosting.

This may swing your decision in favour of Wix if deliberating between it and Squarespace if you’re in a rush, however Squarespace rewards those who are able to sink the time with its superior array of design templates.

Wix has three ecommerce subscription plans ranging from $17 to $35 per month. Click the ‘Business & eCommerce’ tab to view them on the official page.

We view Wix’s position as similar to Squarespace’s as a beginner-friendly drag and drop website builder platform that novice webmasters may prefer to Shopify.

Weebly is another drag and drop web design platform in the vein of Squarespace and Wix, meaning that it’s primary purpose isn’t ecommerce but it supports it with optional features.

Again, if you’re a novice webmaster and don’t have the time to research the technical aspects of setting up a website like hosting then you’ll probably want to use Weebly or a similar product like Squarespace or Wix.

All three of these products are positioned similarly so we will focus on comparing them with each other more than other products discussed in this guide.

In summary, Weebly is easier to use and cheaper than Squarespace and Wix, with a wider range of apps than both.

Squarespace still has the edge on design with its stunning selection of themes, whilst Wix beats it on transaction fees and email marketing tools.

Regarding SSL certificates, Weebly comes with a similar caveat to Volusion, Shopify competitor,  as its cheapest subscriptions don’t include one and you must subscribe to the Business plan for $25 to get one.

Again, we think this is somewhat deceptive and taking advantage of novice webmasters who aren’t aware that an SSL certificate is required to switch your site from HTTP to HTTPS.

Our final verdict is that Weebly is overall the worst choice of drag and drop website builders for ecommerce, and should only be considered by those who have very little confidence in their technical literacy due to its ease of use.

Weebly’s free plan is worth checking out if you’re new to website builders in general and want to get a feel for how they work before diving straight into a trial or paid subscription.